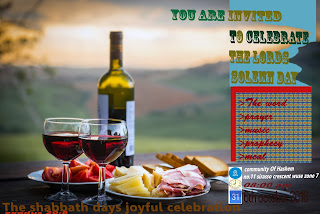 Dynamics processing isn’t just about making things ‘louder’. In the context of mixing, dynamics processing can be used to control the dynamic range of an audio signal in order to achieve a variety of musical effects. You can think of dynamics processing as having two major ‘families’: Downward Compression/Limiting and Expansion/Gating. Using both of these two major types of processing to adjust dynamic range is often essential to creating the illusion of a perfect performance—or at least the polished sound of one! WHAT ARE DYNAMICS FOR? Using these processors is a way to control, reduce or expand the dynamic range or overall volume level of a track. In the case of compression and limiting, the goal is usually to “even out” the dynamic range of a track by attenuating loud transient peaks, such as a singer that suddenly belts out a high note in the middle of a gentle ballad, which can be a little jarring to the ear. In the case of expansion and gating, the goal is to lessen or remove unwanted signal on a track. Removing the sound of high hat bleed in a snare drum recording would be one example. Reducing the volume of unwanted breaths in a vocal recording would be another. iZotope’s Nectar 2 Production Suite includes a Breath Control module, which automatically detects and attenuates breaths in a vocal recording mo 19 PRINCIPLES OF DYNAMICS The ability of a good mixing engineer to use dynamics processing effectively is truly a life-long learning process. So let’s start with the four basic parameters common to almost all dynamics tools, namely, threshold, ratio, attack and release. Threshold The threshold is the level at which dynamics processing begins. For compressors and limiters, any signal rising above the threshold would be affected (see Fig. 1) For expanders and gates, any signal falling below the threshold would be affected (see Fig. 2). Figure 2 Figure 1 20 Ratio The ratio determines the amount of dynamics processing that happens to the signal. For example, a 4:1 ratio (see Fig. 3) on a downward compressor means that for every 4dB the signal in question rises above the threshold only 1dB will be heard above the threshold, a reduction of 3dB. A limiter is a compressor with a ratio of 10:1 or greater—often as high as 20:1 or 30:1—and generally a fast attack time (see below). In the case of a gate, the threshold is ∞:1, meaning that any signal below the threshold will be muted. Attack The Attack parameter defines how fast the dynamics processor works once the signal has passed the threshold, usually measured in milliseconds. Release The Release parameter determines how fast or slow the dynamics processor stops processing or “lets go” once the signal has passed the threshold, also measured in milliseconds. Compression essentially causes distortion in a signal, in that it changes the original sound of the signal through its processing. The compressor typically achieves this by emphasizing certain harmonics based on how the compressor is hitting the incoming signal. It’s our job to make that distortion feel transparent Figure 3 21 and to use our dynamics to create the best-sounding performance we can. One way to avoid adding more distortion is to be careful with our attack and release times—too fast an attack time can “choke” the performance and too fast a release time can cause the instrument to “pump”. Try setting these parameters and listen for yourself to hear the effect so you never do this again! In the picture below, the release time is too slow, and the compressor is squashing the signal before it has time to recover. See, that was easy! Now that we know our parameters, how do we use them effectively? We don’t necessarily want our track to be constantly compressed or squashed, so we should set our compressor to achieve the desired effect. But how do we know what the desired effect is? There is no hard and fast rule since much is determined by instrument type, style of music, performance, etc. We’ll go into more detail in Chapter 10: Mixing An Action Verb. For now, lets g 22 THE ART OF DYNAMICS PROCESSING • Use lower ratios (2:1–5:1) for “leveling out” performances, particularly ones that have a few notes that “jump out” in a particular performance. Sometimes, using two more gentle compressors in series (one compressor followed by another compressor) is a more transparent way of leveling out an audio track. Rather than one harsh pass of compression that could sound squashed, you achieve the same result with more finesse. In the picture below, we are compressing the same note as the previous picture, but both Compressors are engaged in series. 23 • Try using faster releases when compressing drums and other percussion instruments. This helps tame the transients (the initial burst of sound) but maintain the decay of the original sound. • On that note, be careful to not crush the transients of a particularly percussive or choppy transient audio signal with an attack time that’s too quick. • When compressing acoustic guitars, try slower attacks for a picked or plucked acoustic, and faster attacks for a strummed acoustic. Picked or plucked acoustics tend to have more individual transients that are louder than the sustain of the note. A faster attack will help to even out the attack and sustain. Strummed acoustics are generally more even dynamically, so a slower attack will help it “shine” a little more. • Distorted guitars already have some natural compression from overdriving the amplifier. For best results, use little to no compression unless there are spots in the performance that are popping out of context. • Try this on a lead vocal: first, set a limiter with a high ratio to grab the extremely hard notes and then follow it with a compressor using a gentler ratio (say 3:1) to do the overall processing. This will allow the compressor to not work as hard on those peaks, and the vocal will sound less ‘pumping’ and more natural.

No comments to show.